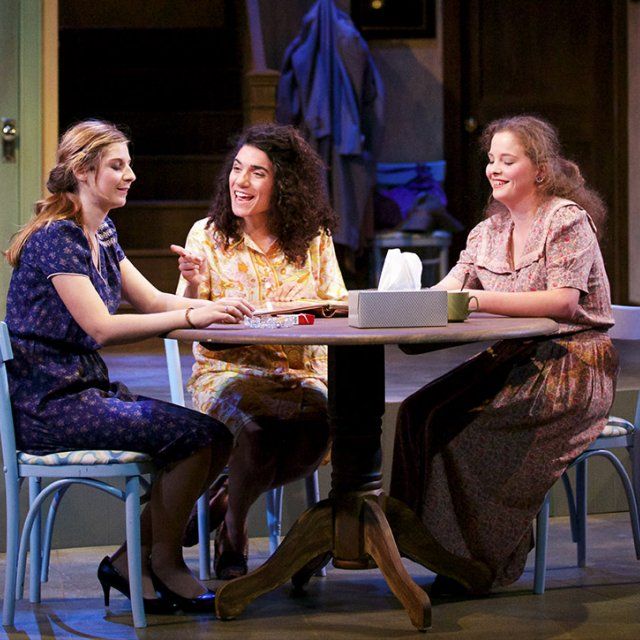 Salomon Theatre has put on more than 150 stage productions and musicals over the last 40 seasons, including Hamlet, The Importance of Being Earnest, and Into the Woods. These exciting and award-winning shows are not just for PLNU, but also for the local community.

In a Gotham-like city, a terrible water shortage, caused by a 20-year drought, has led to a government-enforced ban on private toilets. The citizens must use public amenities, regulated by a single malevolent company that profits by charging admission for one of humanity's most basic needs. Amid the people, a hero decides that he's had enough and plans a revolution to lead them all to freedom! Featuring comedic songs, "It's a Privilege to Pee," "Run, Freedom, Run!" and many more. Urine for a good time!

Our department hosts several workshops each semester to allow students to work with industry professionals as part of their studies. All students are welcome to attend and hear from a wide range of artists. We've recently hosted Princess Grace Foundation Award recipient Keith Wallace, who conducted a playwriting workshop ahead of opening his well-received new play, The Bitter Game, at The Public in New York. Other workshops have included directing with Rob Lutfy of Cygnet Theatre, and Ro Boddie, New York actor seen in The Good Wife and Elementary in addition to Tony Award-winning theatres such as the Cleveland Playhouse and La Jolla Playhouse.

And Then They Came For Me: Remembering the World of Anne Frank
Godspell
Little Women
Little Shop of Horrors
Reincarnation
The Importance of Being Earnest

Past Productions at Salomon Theatre

San Diego is home to a world-renowned theatre scene. Here are some of the most notable theatres you can visit during your time at PLNU:

Located in Old Town San Diego, Cygnet Theatre is one of San Diego’s largest theatre companies and is known for producing adventurous, entertaining, and thought-provoking live professional theatre year-round. You can even take the PLNU shuttle there!

The La Jolla Playhouse is a rising star in the theatre world. Visit its website to find out more and order tickets to current shows.

Located on Coronado Island, this theatre company can always be counted on to produce quality shows.

This San Diego theatre is located in Balboa Park. You can find current show information as well the history of the theatre by visiting its website.