College of Arts and Humanities Dean 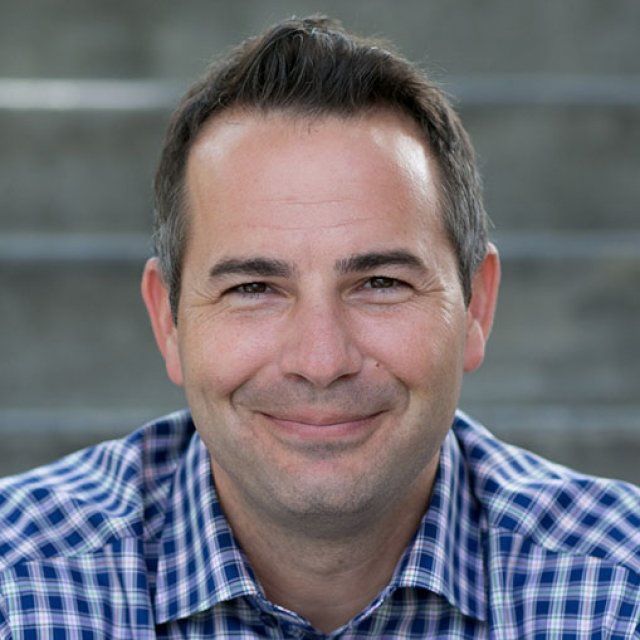 “The idea of being made in God’s image — that we were created and that we can create — is an incredibly powerful characteristic of being human,” said Dr. G. James Daichendt, PLNU’s dean of arts and humanities and professor of art.

For Daichendt, what it means to be human involves creativity, an impulse seen and experienced clearly in art. And according to him, the most exciting and meaningful movement in the art world today is street art, an area he has studied extensively.

From stickers found on the backs of street signs to murals painted on the sides of skyscrapers, street art creations in urban areas provide meaning to spaces shared by many.

When most think of street art, the idea could conjure images of graffiti and tagging — along with associations of delinquency. But street art and graffiti are distinct. While graffiti is steeped in writing and includes markings of an individual or a group, street art merges together the principles of design and art.

Street art is formed with aesthetic in mind, and, like all influential art, points to something much grander — an exploration of meaning and purpose. Almost all artists, including street artists, are driven by the idea of something bigger than themselves. Though their views might be different, they are imagining worlds that “could be” and are expressing them through their mediums.

“Artworks have worldviews, and they are not always looking the same way,” Daichendt said. “A lot of times, like human beings, they fight each other. They have contrasting worldviews. But this conflict can be restorative, creating community while simultaneously building up each artist and artwork. That’s one of the powerful aspects of our lens as Christians. We can see through the art-making process to the value in each artwork and individual.”

Because of this restorative power of art, our creations have the ability to transform our experiences with each other and with our environments — pushing on the edges of edges and creating the culture we live in.

“Artists, in general, are out there on the edges, but street artists seem to be even more extreme,” Daichendt said. “They engage difficult issues and then, they put them out in the public square.”

While Daichendt is well-schooled in art education history and aestheticism, his favorite place to see art is outside, open and available to anyone regardless of economic or cultural status. It’s there where street artists use the expanses of our cityscapes as canvases, transforming the stark and modern metropolises we inhabit and breathing life into these environments.

“Street art and murals — they do different things, but they have added a human touch or experience to an otherwise cold and lifeless architecture,” Daichendt said. “They are personalized and meaningful. Murals have such a strong community focus for this reason. They are created for folks who live in those spaces to feel like their voices are being heard.”

The Los Angeles Arts District, a neighborhood in downtown Los Angeles, was transformed by street art. Before artists began moving to the area, the district was overlooked — and filled with warehouses.

“Before, it was sort of blasé and made you feel like you could have been anywhere,” Daichendt said. “But then, there was an explosion of murals, which was mainly because there were so many artists who made their homes there. The area has now been completely revitalized, in large part because of the art scene.”

Almost all street artists share a common passion: they want to make an impact. As a result, they are propelling society forward not only by reviving communities, but especially through the difficult themes conveyed in their art. Many messages addressing racial tensions, political changes and cultural norms pervade throughout street art landscapes.

“Street art gives voice to the disenfranchised,” Daichendt explained. “It provides a voice for the people who are ‘voiceless.’”

One example of this is through the work of French street artist, JR, who is known to challenge widely held preconceived ideas. His global participatory project, “Inside Out,” also known as “The People’s Project,” is intended to allow people to “share their untold stories and transform messages of personal identity into public works of art” through large-scale portraits of themselves plastered on walls across the world. Among the 200,000 people who have participated in more than 112 countries, a number of themes have emerged from their portraits, including hope, ending gender-based violence, and a call for environmental change.

Whether it’s created by someone like Shepard Fairey, a passionate anti-war advocate, or JR, someone whose mission is to humanize all individuals and groups of people, street art is baring threads of commentary, adding significantly to the conversation of what it means to be human.

As Daichendt shares the concepts and messages of this innovative and exploratory art form with students and peers, any initial stigma about street art and its creators slowly falls away. What’s left is an understanding of the deep meaning these creations seek to communicate.

“As folks engage with it, they start peeling the layers away and realizing there is so much rich dialogue and so many fascinating things happening here,” Daichendt said. “I believe that it is my job as an educator, professor and researcher to investigate these things so people can understand them.

“Often times, people do not look closely,” he continued. “We are inundated with visual images. We are not taught to slow down and learn how to engage with visual imagery. It takes a person who is asking questions to see what is happening.”

When asked what he wants people to take away from learning and thinking about street art, Daichendt pointed to our own self-imposed boundaries of art: rules, techniques, histories and our own thoughts.

“There are human inventions and conceptions that we’re not bound by,” he said. “Creativity and art-making can be anything, and we are only limited by the limitations we put upon ourselves.”