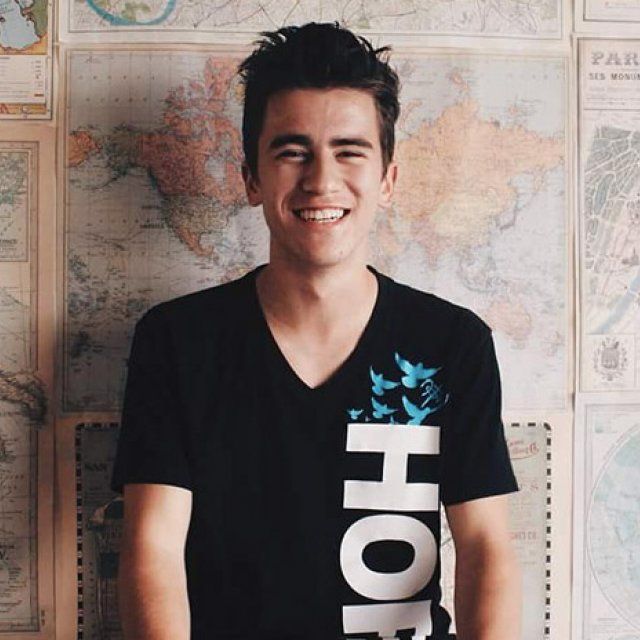 I don’t know why or how the notes came when they did, but it happened at 2 a.m. I had stared at the piano, seriously disappointed that I wasn’t in bed. I’d been frustrated and perplexed for hours, clunking out good but unsatisfying notes, melodies, chords, and themes that felt more forgettable to me than worthwhile. I was in the basement of Cooper Music Center after hours, falling asleep on a piano in one of the practice rooms.

As I drifted off to sleep with my head resting on the keys at the lower end of the piano, I kept noodling in the upper register with my right hand. I was kind of desperate, honestly. Any properly functioning human would have set it down and gotten back to it in the morning. I had wrestled with this monster of a piece for a while though, and I had to come up with something. I tried at first to come up with something that would sound complicated and smart. Maybe I felt the need to do that, so I could try and convince myself that I was worthy of the label “composer” — which people assume I am because I’m a music composition major. But I am not a virtuoso. I am not Beethoven. I am not Bach. I am not Schoenberg, or Gershwin, or Mancini, or Williams, or Zimmer. On the contrary, I felt like I was an imposter. Was it an inferiority complex that drove my music?

I was tired at 2 a.m., but I managed to get past that. I played an A minor triad in my right hand as I drifted off to sleep in the basement of Cooper … and that was it. Probably the most fundamentally simple set of notes I had played all night. But it spoke to me. It resonated with me. I heard it; I felt it. I saw the scene it created in my head. I woke up to that sound almost immediately. I woke to its simplicity. It was good.

I’ve always known I was a musician, but this was the first time I actually felt like a composer.

These became the opening notes of my then-conceived 11-minute violin and piano piece, “Witch Creek Rhapsody.” I was writing it for the Green Dot Journey Composer Competition, which called for new compositions exploring the beauty of the nature in the composer’s respective region of the U.S., mine being the Southwestern states.

The Witch Creek Fires devastated my community in October 2007. The images of mile-high flames engulfing the hills surrounding my Poway home are forever burned into my memory. My family evacuated to my grandmother’s house in Mission Hills as the fires closed in, and it was there that I monitored the disaster on the news and mourned for the many friends and family who had lost homes and livelihoods in the devastation. It was a deeply serious and intense time for all of Southern California.

After the fires had blown over, I remember driving back to my house and looking at my surroundings. What once was lush, green, and teeming with life was now black, charred, smoldering, and quiet. The smell of smoke and ash clouded the air for weeks and months. I remember hating that. All beauty had turned to ashes and dust. Hope for restoration didn’t seem possible.

But nature has a peculiar way of telling beauty’s story. As many of us know, wildfires can be incredibly beneficial to an ecosystem. Although they create chaos and devastation, they also turn the soil that they burn through, and in many intricate and incredible ways, they make a way for new life to form, grow, and thrive. I began to see that reality come to fruition as the first sprouts broke through the ground of the charred hills around my home only weeks after the fire had burned. I saw it as a sign of hope for new life. Today, the area is lusher and greener than before — an incredible illustration of beauty and restoration birthed at the hands of death, suffering, and loss. And, might I add, this is an incredible illustration of the Gospel message that our Savior is one who rose from death into life, “turning the soil” to provide a new hope to all and to redeem all of creation.

This, I thought, would be a great thing to write music about — so the inspiration came to compose “Witch Creek Rhapsody,” a composition that follows the events of the 2007 Witch Creek Fires and seeks to paint the picture as I remember it. The wind, the fire, the destruction, the loss, the lament, the rebirth, the hope, the life, the joy, and the beauty are all written into the story. I wrote it bearing such images and emotions in my mind and heart, hoping to bring to life what I consider to be one of the most beautiful stories of hope nature has to offer.

“Composer” is not a name I would have given myself a year or two ago. As a student, I feel that I am really more fascinated by the mystery of composition than I am the mastery of it. I think that’s why I am so in love with it. I can’t figure it out. It’s hard. It’s messy. It’s different every time. It’s scary … yes, scary! It’s always a bit scary, writing a piece of music. There are literally infinite possibilities of what you could come up with. And although I don’t think there’s always a right piece to compose, there sure is the ever-pressing insecurity that I’ll write the wrong one. It feels like that could happen at any moment, and I suppose that contributes to the philosophy evident in many artists who think that their work is not completely their own, that it is more of a collaborative process with this mystery of inspiration, with that which is beyond, which can never quite be comprehended or conceived. Is that God? I can’t say for sure, but I do believe that music is a truly divine gift. There’s no doubt that God can be found in it, and I happen to find God when I’m creating it.

So how do I write music? I like to start by listening. That might sound strange, but I think the best way to make art is to keep your ears and eyes open to the world around you and inside of you — where inspiration comes from. From there, everything else finds its own way into the idea, either by intention or accident.

Like a lot of art, composition is almost never done the same way twice. Sure, there are methods and practices that can be applied to creating a piece of music. You can be strategic about it. But the inspiration, creativity, and writing process present themselves differently almost every time I sit down to write a piece. In most situations, I’ve found that composition is one of those things where intentionality and discovery have to be in conversation with each other. If either is missing, the music cannot exist. The two worlds are intertwined. That’s why creativity and inspiration, although not the same, go hand-in-hand — composition is both craft and gift. I give myself to a piece, yet somehow the piece gives itself to me. It’s no doubt that writing music can be a bit of a romantic thing.

Whenever I listen to music, I always wonder about where the writer might have been or how he or she might have felt while composing the piece. When you listen to my music, you are really listening to me, to the deepest parts of me, the core of who I am. It’s me in my most honest and authentic self — the beautiful stuff and the nasty stuff. There is a lot of vulnerability involved.