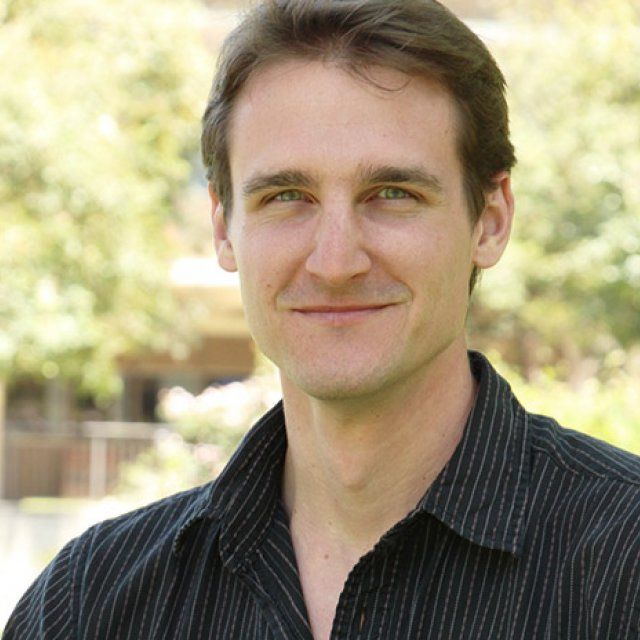 Lane Votapka is a postdoctoral researcher at the Laufer Center for Physical and Quantitative Biology at Stony Brook University in Long Island, New York. He conducts research examining the molecular mechanisms underlying biology, particularly the molecules that cause disease. This requires working at the border of biology, chemistry, physics, math, and computer science.

He graduated from PLNU with a B.S. in Biology in 2009, the height of the economic recession; hardly anyone was hiring. Through his professors and connections he had made through PLNU, he was able to gain two jobs: one with the County of San Diego doing vector control and one with a power company inspecting buildings. Lane says he values these job experiences before entering graduate school.

He was determined to break into science though, and started interning at the Scripps Research Institute. He started his doctoral program at UCSD in 2012.

Lane’s job doesn’t look like the stereotypical vision of a lab scientist - no test tubes or microscopes. Since his work is computational and theoretical, a lab mishap would be a lost hard-drive instead of a chemical spill.

He’s assigned to help solve a problem that’s remained unsolved for decades: it’s called the protein folding problem. Since protein folding is very difficult to approach from either the theoretical or the experimental directions, Lane and his team are trying to approach the problem with supercomputers, fast and clever algorithms, and their knowledge of biology, chemistry, and physics. So far his team has made some progress with their approach.

Solving the problem is beneficial for science, he says, since the final structures are used to find new pharmaceuticals. Understanding the folding could lead to custom-designed proteins, allowing almost limitless biotechnological advancements.

Lane says he spends most of his time coding and running calculations but also spends a lot of time reading and writing. His work is also collaborative, requiring Lane and his colleagues to strategize problem solving.

Everyone has to start somewhere though. He remembers tipping over about a dozen flasks one time in lab at PLNU, but by the end of his four years, he was very experienced in lab. He performed his first formal biological research focusing on plains bison, which he says is when he realized he had a knack for research.

He has many good memories from his science courses: “I remember extracting the chemical carvone from dill seeds as well as visiting nearby tide pools and the San Diego Zoo. We analyzed DNA sequences in molecular biology and built motors in physics.”

Lane was a pole vaulter on the track team, and he believes the physical exercise and focus on personal health made his studies more effective.

The curriculum he says was very challenging, but the instruction was high quality. “The professors really train you to be an expert in your major. I still maintain personal relationships with many of them, and their connections have helped me immensely with my career.”