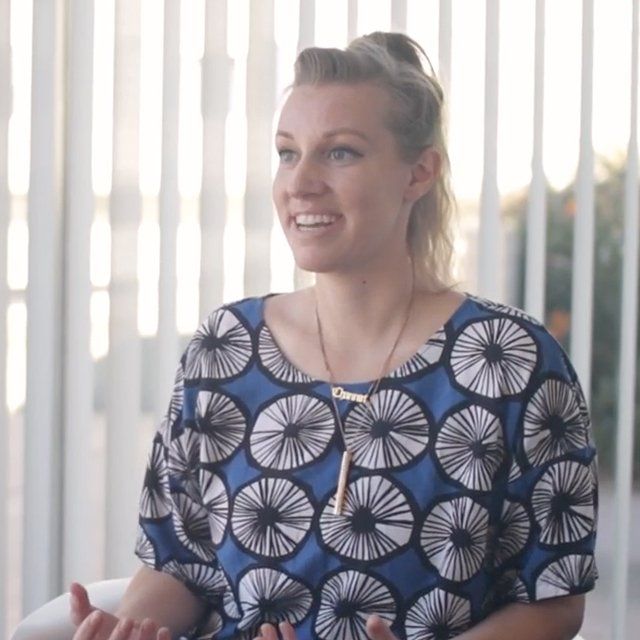 The first time Channin Fulton considered herself an artist was while face painting for a summer job. She had painted a dolphin on a child’s face, after which the child exclaimed that he loved his dolphin and asked Channin, sweetly, if she was an artist. “I suppose I am,” she answered.

Channin graduated from PLNU in 2014 with a B.A. graphic design with an emphasis in art and design and is working as a freelance letterer and illustrator. In her career, in both freelance and local firms, she has designed for brands including Lux Art Institute, I Love a Clean San Diego, Vespa, and Artelexia.

She is working on illustrating an adult coloring book. Her daily work revolves mostly around illustration, typographic lettering, and small business branding.

“I see art and design equally as valuable.I don't like to separate them in my occupation, but instead, try to get them to inform one another.”

Channin says she is grateful she studied graphic design at PLNU because that technical learning was invaluable to her career. It’s something she needed to do in a classroom setting as opposed to trying to teach it to herself later on. She says that she had great relationships with professors who could teach her the skill of graphic design.

Channin worked in a couple of internships while at PLNU, one at the branding firm Visual Asylum and another with the brand communications agency, Blik. PLNU, she says, made her competitive for jobs at top-tier design firms. A week after graduating, she started an internship with the firm Mires Ball, which led to her first full-time position.

She took the children’s literature course at PLNU in the Department of Literature, which she says completely changed her perspective on design and art. One of the class assignments was to give a presentation on a children’s literature author. She was assigned Anno’s Counting Book by Mitsumasa Anno. Not being interested in math, at first she wasn’t excited about the project.

Prepared for the Next Step

Channin Fulton '14 graduated with a degree in Graphic Design from Point Loma Nazarene University and was given the support and education she needed to get her dream job right after graduation.

With PLNU being a liberal arts college, Channin used her creative mind and figured she could incorporate her knowledge of design in her presentation. Her presentation ended up focusing on how design ties into learning math. “Visual stimuli helps enhance an educational experience, she says.” Understanding the intersection of art and math changed her perspective on design and art forever, she says.

The design industry is all about a designer’s portfolio and work ethic, and at PLNU, she had the opportunity to build both of these with help from her professors. She says in her computer graphics classes, the technology of the design programs became less like magic and more of a possibility.

At PLNU she was a member and volunteer with the American Institute of Graphic Arts and through that involvement, she made great professional connections.

Channin feels the art department at PLNU gave her so much and says the least she can do is give back in her professional career.