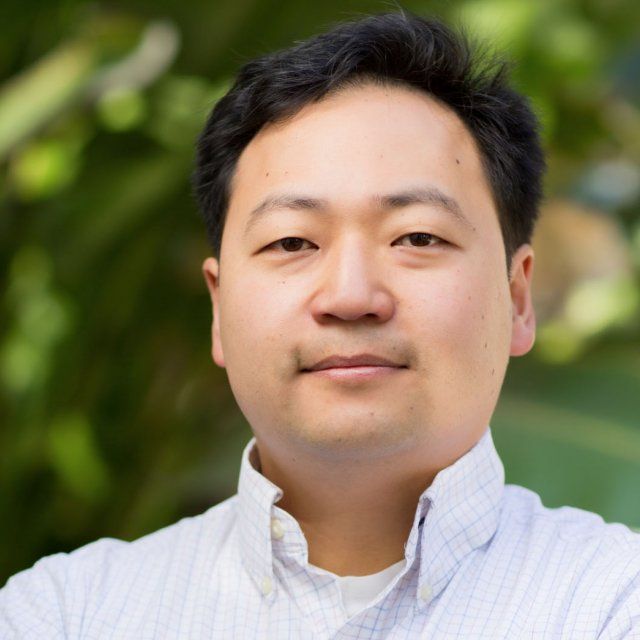 Alvin, a compact, pointed submersible reminiscent of a small starship out of a science-fiction film, descends slowly. The welcoming light blue of the water, colored by the sunlight above the surface, gradually gives way to a heavy, blinding darkness. Dr. Walter Cho, PLNU assistant professor of biology, and two other marine scientists are cocooned in a spherical cockpit as Alvin continues to tread cautiously toward the depths of the ocean.

It’ll take roughly two hours for them to reach their destination. To save power, they descend in total darkness, the pilot only sporadically flashing Alvin’s lights to reveal a passel of bioluminescence, glowing organisms that sparkle like alien stars in a night sky. They counter the dropping temperature by adding layers of clothing — gloves, jackets and beanies. Eventually, they reach the seafloor, a hydrothermal vent community in the East Pacific, one and a half miles below the surface.

The first time Cho grazed the bottom of the sea, it was life changing. The surreal experience opened his eyes to the immensity of God’s creation.

He recalled, “It was amazing to go down there and see for myself these animals that I’d been studying. We can get a small glimpse with modern tools of what’s down there, but there are vast areas of the ocean where no one has ever visited.”

It was at that moment, lurking where no human being had ever been before, when Psalm 139 took on deeper meaning; Cho saw, with his own eyes, God dwelling “in the uttermost parts of the sea.”

“That’s what I felt when I was sitting at the bottom of the ocean in the sub, that God is here with me,” he shared. “I thought, ‘How much does God love me that He would create this world that is so amazing, with so many layers?’” Even at the furthest corners of creation, Cho saw God’s fingerprints radiate not only His omnipresence, but an infinite love for humanity.

The intricacies of creation are a reminder to Cho of the perplexity of all human life, including the process of living out his Christian faith and nurturing deep relationships. Cho explained, “You peel away the layers of the surface and there is so much more complexity, whether that’s in relationships with other people, or in an understanding of who God is.”

Cho studies deep sea coral communities and their inhabitants. Coral is an ancient, sedentary organism that’s related to jellyfish and anemones. Communities of coral are diverse ecosystems that house tens of thousands of different species of marine fauna, including many species of brittle stars, the organisms in which Cho specializes.

“For me personally, I feel it’s a privilege that God has given me the ability to understand the world that He has created, a world that is so complex and with so much detail in every individual organism,” he said.

It’s this very opportunity — to unearth the face of God in His handiwork — that motivates Cho to ignite wonder and awe for exploration in his students’ hearts and minds. Although he acknowledges most of his students won’t set out into deep waters, he still wants all of them to fan the flame of curiosity, allowing it to spur them toward many uncharted areas of God’s creation, whether in science, literature, philosophy, theology, business or other areas.

With a broad smile and effusive eyes, he points to human beings’ tendency to explore the unknown in every age as something indicative of being made in God’s image. “He has given us this ability to not only process the world, but an innate drive and curiosity to understand and give meaning to it,” Cho said. “It is seeking God’s image within each one of us.”

He also admits that his students help him reveal God’s image through his own work and life, by constantly reminding him of the joy and gift of exploring God’s creation. Recently, he took two students out on a ship over the Kermadec Trench, where they assisted Cho in monitoring an underwater hybrid remotely operated vehicle. The Kermadec Trench is one of the Earth’s deepest places at more than six miles deep: a cold, dark and cavernous abyss conjuring an image of a mythical underworld.

“Going out with two PLNU students and seeing their amazement and wonder reminded me of how cool this really is,” he recalled. “It allowed me to see it for the first time again through their eyes.”

Although his students can glean the marvel of the ocean’s depths from the ship, they are kept safely above the surface to avoid the dangers of deep-sea exploration. According to Cho, descending into the heart of the sea can be quite perilous. A burst of searing water from hydrothermal vents, the tiniest of electrical sparks inside the cockpit, and implosion due to a weak spot in the submersible’s materials — these are just some of the things that can go wrong when scouring the bottom of the ocean.

“Going out into the deep water, you don’t know what you are going to find and it could be dangerous,” Cho said.

Even so, Cho realizes that it’s in the midst of uncertainty, doubt, fear and even danger when God sometimes calls us to venture. “Going out into the deep water, that’s when you are making yourself vulnerable to be able to experience God,” he said.

No matter what form “deep waters” take in life — from entering into messy and difficult human relationships to seeking truth in the realm of science, theology or art — God calls us to sacrifice comfort for growth. Confronting uncertainty and fear of the unknown as we venture out in exploration also reminds us of our limitations and to humbly “accept that we don’t know everything,” Cho said.

For Cho, his identity as both a scientist and Christian compels him to set out into the deep — quite literally — never knowing what he’ll find. But when he does, he always comes to learn something about himself, the beautiful world in which we live, and its awe-inspiring Creator.