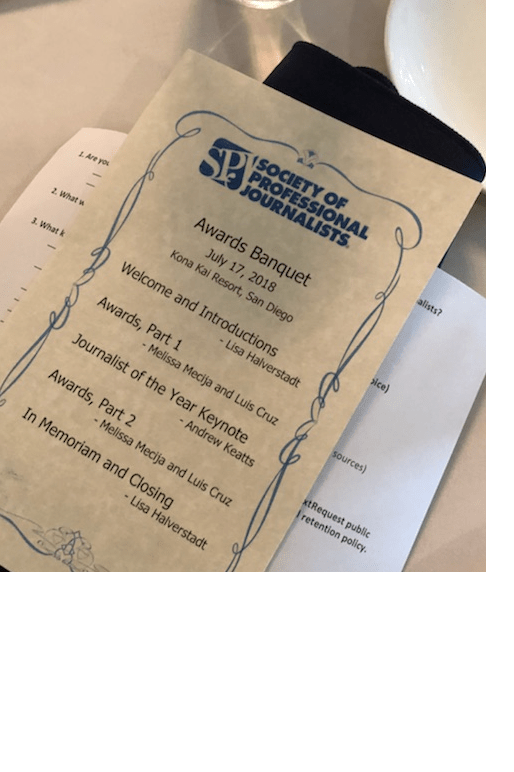 On July 17, 2018, journalism faculty, alumni, and students attended the annual awards banquet for the San Diego Pro Chapter of the Society of Professional Journalists.

Congratulations to the winners!

See below for the award categories, awardee names, and media titles (PLNU journalists indicated in bold):