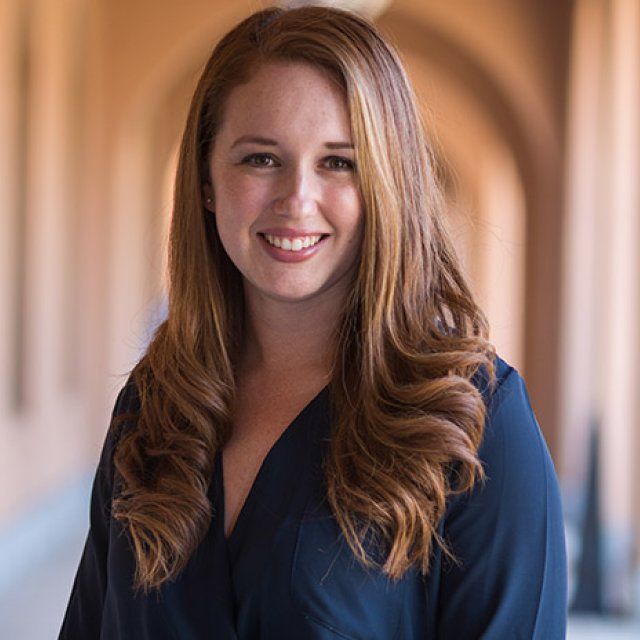 On an assignment for her Writing for Pop Culture class in 2008, Ashly McGlone (09) went to a fundraiser hosted by the La Jolla Democrats to try to ask then-U.S. presidential candidate, Barack Obama, some questions. Unfortunately, she didn’t get to ask him anything, but she learned something essential for her career: how to be persistent and not always take “no” for an answer.

Ashly graduated from PLNU with a B.A. in Journalism and a minor in Spanish in 2009, and her education in journalism often blended the world of academia with the journalism industry.

Her class group had been assigned to write about Barack Obama, to tell a story about his faith and what he would bring to office. Her professor, Dr. Dean Nelson, heard Obama had a local campaign appearance and challenged his students not to miss the opportunity to possibly get face time with the subject of their story.

Ashly used the media connections she made as a student reporter to locate the invite-only event and gain access to hear the candidate’s speech, while other members of the media remained outside.

Persistence and asking the right questions have been cornerstones of Ashly’s career.

Ashly currently asks a lot of questions, often of people who would rather not be questioned. She’s a senior investigative reporter for the Voice of San Diego, a nonprofit news organization that focuses on long-form investigative and narrative journalism. Ashly has uncovered some important stories, many of which focus on spending in public schools throughout San Diego.

Since her stories reveal sensitive content, Ashly receives a lot of pushback. Luckily, she experienced her first bit of pushback while still a student in her Electronic Journalism class at PLNU. She had published a story on a blog about a public figure, as part of an assignment, and received criticism — but her professors mentored her on how to work through the pushback like a professional.

Many of the skills Ashly uses daily are skills she learned at PLNU. “I was equipped,” she said. “I learned how to interview and vet sources, how to write, research, edit, and structure stories; I was given all the tools I needed to be a good, reliable journalist.”

Along with her coursework, Ashly worked as a staff writer and section editor for the university’s newspaper, The Point Weekly, and completed three internships. This hands-on work prepared her for her career.

“The Point Weekly gave me a glimpse of real-world news pressures and stresses,” she said. “So did the internships, which had me working on TV and writing for major newspapers as a student,” like USA Today and The Washington Post.

Ashly attributes much of her career success to the relationships she built with professors at PLNU and the depth of exposure she had to the journalism craft. There are many things a journalist has to learn on the job, but Ashly says her education led to her great job opportunities.

“Point Loma has fantastic professors who really take the time to teach you, mentor you, and help you advance your career. Their guidance made all the difference.”