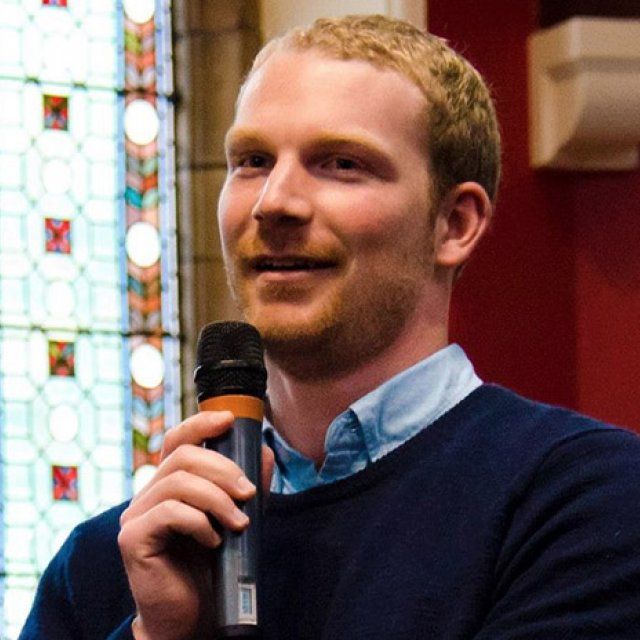 What have you been up to since graduation?

I am currently a partner at TheFamily, a venture capital fund based in Paris, France. My personal goal since graduating has been to drive inclusive societal change through entrepreneurship. Debt or equity, developed world or developing, entrepreneurship remains a viable path to upward social mobility and a powerful force for societal change. I am also the founding chair of the Rural Health Collaborative, a nonprofit founded by PLNU alumni Olivia and Jason Kroening-Roche.

How has the Center for International Development helped you in achieving your goals?

Two key experiences at PLNU influenced my career choices after graduating. First, my study abroad experience in Grenoble, France during my sophomore year, which gave me a taste of the French language/culture and what it was like to live in a foreign country. Second, a class I took with Rob Gailey during my senior year called "Theories of Economic Development," which dramatically influenced my worldview and ignited a passion for exploring the link between private industry and macro socioeconomic effects. These passions combined to form a desire to live in French-speaking Africa doing microcredit work, a model of economic development I discovered in Rob’s class. After graduating PLNU, I moved back to Grenoble for a year to perfect my French language fluency. Upon returning to San Diego, Rob Gailey introduced me to Chris Crane, the CEO of Opportunity International, one of the world’s largest microfinance networks. Chris offered me a job and went on to become a close friend and mentor. Chris and I left Opportunity International together to found Edify, a social enterprise that makes loans to SMEs in developing countries. We were based in San Diego and launched our international operations in Ghana and the Dominican Republic. We were fortunate to have PLNU alumni Travis and Cristen Vaughan, Brittany and Jesse Roman, Jessica Arnold, Tayler Bemis, Mark Boerneke, and Nikki Robbins join Edify's team after Rob connected us. After moving to Rwanda to launch Edify’s operations there, Rob introduced me to a lecturer at the University of Oxford. After that conversation, I was determined to earn my MBA there, which I did in 2013. So it’s fair to say that Rob Gailey and the CID have been a driving force behind the career opportunities that have opened to me since I graduated from PLNU. My deepest thanks goes out to Rob and the team at the CID.