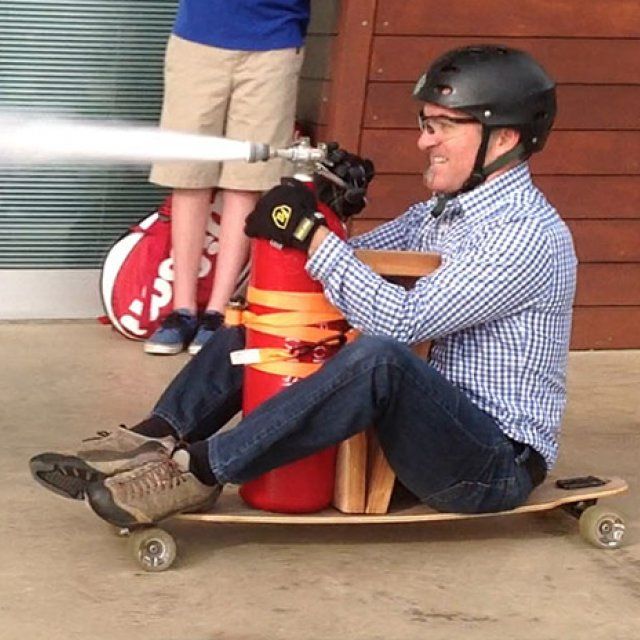 After 21 years as a science teacher at Olive Pierce Middle School in Ramona, Calif., and one year in his current teaching position at Francis Parker Middle School in San Diego, Myles Vandegrift (88) has no doubt the classroom is where he is called to be.

“I’m doing what I’m supposed to be doing,” said Vandegrift. “Middle school is a crazy time of transition for students, and their energy is amazing. They need someone to believe in them and challenge them to think bigger and help them develop a bigger picture for their lives.”

Vandegrift’s advocacy for his students is reflective of the investment his PLNU biology professors made in him. As a student who struggled academically, Vandegrift credits his success to the teachers who believed in him and transferred their passion for education to him. As a result, he is now a firm believer that every student, when given proper attention and support, has something to offer and has the capacity to succeed. And for Vandegrift, success is about more than just acing exams.

“I want to inspire my students to think for themselves. Science isn’t just about being book-smart; it’s about doing. It’s about trying and failing. Without failure, you can’t ever truly succeed. If my students don’t get anything else from my class, I want them to get that,” he said.

Vandegrift’s pursuit of excellence in teaching has led him to be a life-long learner, constantly studying new theories on how to most effectively engage students. Some of the most impactful experiences thus far have been ones outside the traditional classroom. While at Olive Pierce, he led his students on trips to conduct biodiversity studies in the Amazon rainforest. Immersed in a new culture and environment, the students gained valuable global perspective, as well as scientific insight. Similarly, in his first year at Francis Parker, Vandegrift led a trip to China, where his students took in the sights, learned about Chinese culture and language, and participated in classes alongside students from their host school in Beijing.

Vandegrift’s investment in his students extends well beyond academics. Over the years, he has seen many students struggle as they deal with tough situations and often end up making poor choices. It is this part of teaching that presents him with both the greatest challenge and reward. While he isn’t able to help all of his students, Vandegrift seizes what opportunities he has to encourage and serve and let his faith shed light amidst darkness.