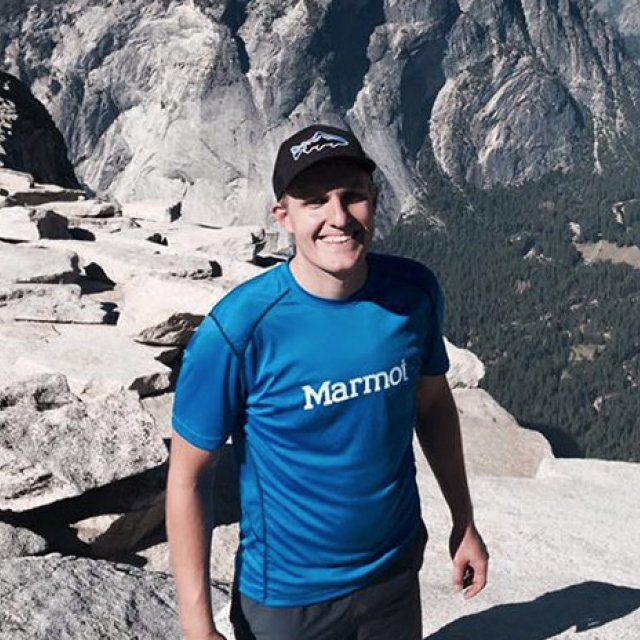 “Everybody needs beauty as well as bread, places to play in and pray in, where nature may heal and give strength to body and soul.”

These words by 19th century environmental philosopher John Muir perfectly capture the heart Rick Jenkins (09) has for his work as supervisory park ranger at Gateway National Recreational Area in New York City. Like Muir, Jenkins is a strong advocate for the preservation of the natural world, not only for the enjoyment and recreation of visitors, but, more importantly, for the protection of the sacredness of natural spaces that have the ability to speak to and move the soul.

Jenkins first started working with the National Park Service (NPS) through a part-time job at Cabrillo National Monument his junior year at PLNU. Since then, he has had the opportunity to visit and train in some of the nation’s greatest sites — such as Yosemite, Grand Canyon and Grand Teton national parks — as well as serve at Longfellow House, Washington’s Headquarters National Historic Site in Cambridge, Mass., before moving into his current role. Nearly eight years into his career with the NPS, he can’t imagine more rewarding work.

“We have set aside land for use by everybody … where we can experience nature’s grandeur and serenity,” Jenkins said. “That is powerful, and I am humbled and blessed to be able to be a small part of it.”

In his current position, Jenkins experiences a wide variety of duties, ranging from surveying waterfowl species alongside wildlife biologists, to leading urban camping programs with local youth. And with each day bringing new challenges and opportunities, the mindset with which he embraces his work is of vital importance.

“Two of the most important qualities in my work are curiosity and the ability to have joy in discovery, and my hope is that some of that is passed on to the people who visit our national parks,” he said.

Though visitors today are not the first to behold these sacred places, it is the hope of Jenkins and the NPS that each person is able to have a unique encounter that allows them to better understand the natural world, appreciate its beauty, and ultimately, move toward a mindset of preservation. These hopes are not only foundational to the NPS’s overarching mission to preserve the country’s natural and cultural resources for future generations, but also to Jenkins’ specific role within that mission — to facilitate opportunities for emotional and intellectual connections to those resources.

For Jenkins, it is this aspect of his work, helping others engage with and fully experience their time in the park, that he most enjoys and that continues to remind him of the importance of exploration and stewardship in his faith and daily life.

“For me, the idea of exploration is important because it shifts the center of my world away from me,” said Jenkins. “Observation, exploration and stewardship of the physical world are all vital parts of my faith in the God whose hands have formed all that exists. Exploration and enjoyment of this good Earth are critical steps in carrying out our calling to stewardship. All living beings are bound together in ecological communities of life, and when we exercise stewardship, we are caring for a world in which God has made everything interdependent.”