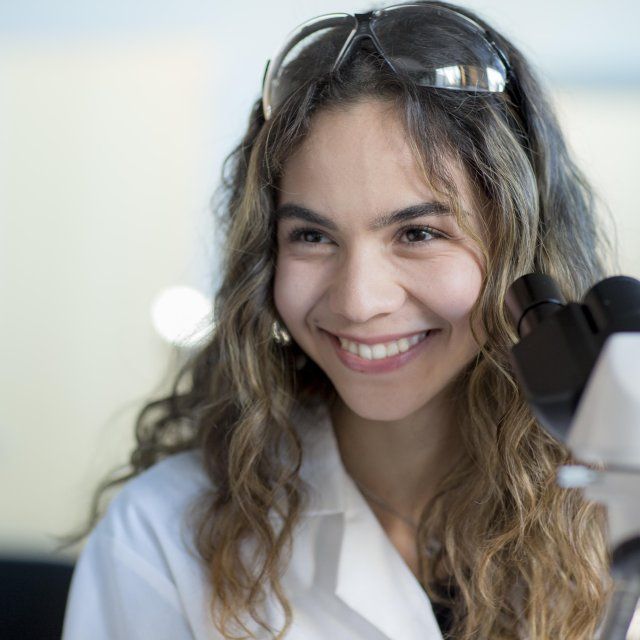 "Joining the UNow Program completely changed my thoughts about college. It was an extraordinary opportunity where we had University professors and a medical doctor in the same room! The course was filled with my friends who were also first-generation college students or under-represented. The professors taught at our pace and always welcomed questions. It didn’t feel like a race through a textbook, but rather a time to explore our questions. Our professors gave us time to think through different scenarios and prompted questions, keeping us on our toes. It is an experience like no other where you are lectured about a heart attack by a medical doctor, while also learning about active cancer investigations by the very scientists themselves! The program taught me to think like a scientist, meaning asking questions, reading previous studies, and learning from peers. We also had an awesome English component that elevated our writing to the college level. This was extremely helpful during my first few years of college where most struggle the most. In high school, I had a hard time in English classes but in college, I was a top student in my courses. The staff welcomed questions regarding college applications. They were willing to write letters of recommendation, read over essays, give college advice, and create a rigorous course that prepared us for college. Higher education did not feel distant anymore but rather a norm. The program provided a supportive environment while we became college students."

"The UNow program shaped the person I inspired to become. Before joining the program I thought I would be a math major. However, after taking the biology course through UNow, I completely fell in love with biology. I continued to learn more about how our body functions and explore active research projects. The enthusiasm from the staff gave rise to my own curiosities about biology. I also wanted to learn more about our education system and ways to support members of my community. Being part of such a caring program, I wanted other high school students to have a similar experience. This is why I choose to minor in Education and find roles where I too can extend a hand, the way the members of this program did for me. I would like to thank all of the staff involved in the program for helping me build the confidence of becoming the scientist that I am today."