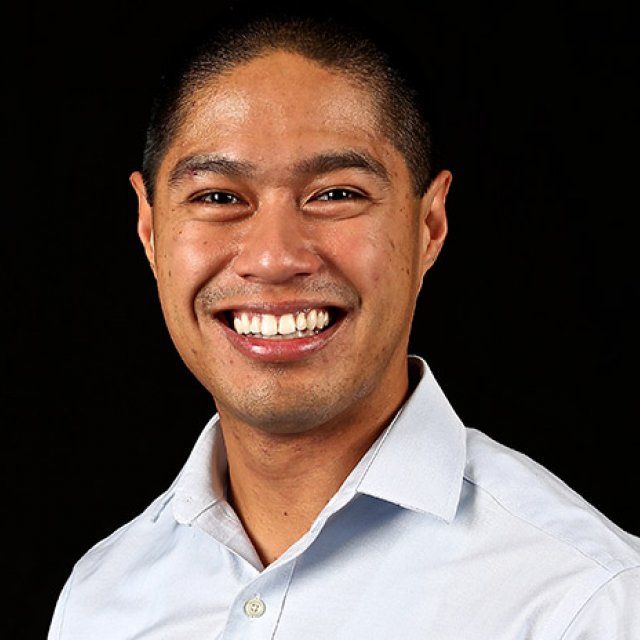 Lieutenant Eugene Mamaril, NC, USN, graduated from PLNU with his B.S. in Nursing in 2010. He has since earned his M.S. in Nursing from Duke University and is currently working toward his Ph.D. from Catholic University of America in Washington, D.C.

On a daily basis, his role includes leading operations and maintaining mission readiness to provide surgical care for active duty service members and their dependents, contractors, foreign nationals, and detainees on their base, which is isolated. Of the people he works with, he said, “I have the pleasure of leading some of the finest young men and women.”

Eugene says one of the best definitions of vocation he’s read states that it is “the place where your great joy meets the world’s great need.”

He first visited the PLNU campus while he was in high school and he immediately felt the university was a place that emphasized both vocation and faith.

Point Loma helped Eugene both realize and develop his greatest joys, which he has been able to align with what the world needs — a connection he was able to make because of PLNU, he says.

As a nurse, there are tons of technical skills to learn, and critical thinking is key. PLNU prepared him for those hard skills, but nursing also requires soft skills like empathy and communication. Eugene says PLNU exemplified how to be the hands and feet of Christ through the nursing profession.

The PLNU nursing professors inspired Eugene to pursue his Ph.D. and he says he feels privileged to have been one of their students.

“It is my hope that one day I’d be able to give back what they have selflessly shared with me and help shape the future generation of nurses,” he said.

According to Eugene, a very memorable aspect about his time at PLNU — and something he often misses — was the opportunity to pause and worship as a community during chapel.

“It was humbling to just be still during chapel and worship God in the midst of the busyness of exams, practicals, and clinicals,” he said.

Eugene says his personal values parallel the vision and mission of the university, to serve God and his people through vocation, and it was a blessing to have the opportunity to pursue his vocation at PLNU.