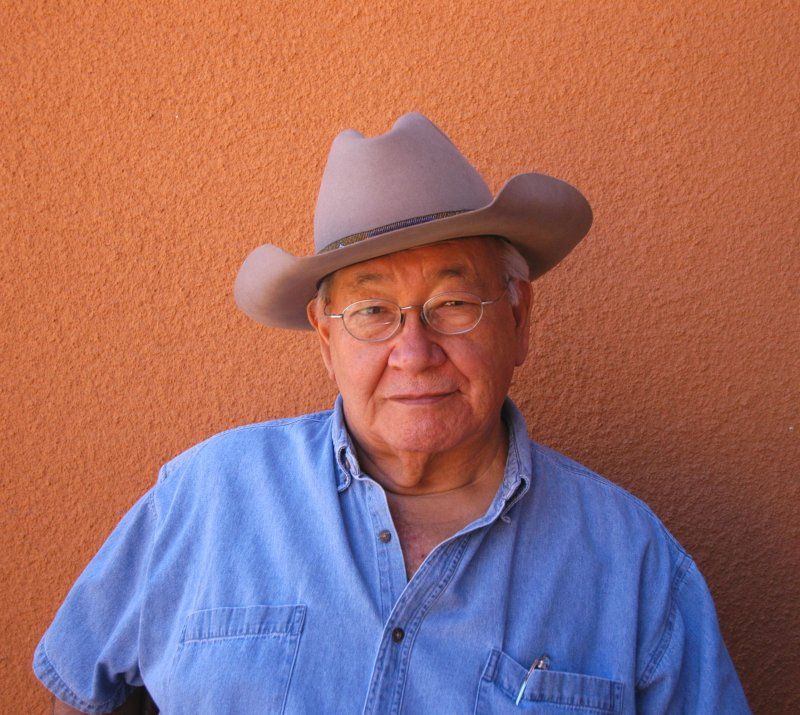 On February 24, N. Scott Momaday will be interviewed by Dean Nelson as part of the 2023 Writer's Symposium by the Sea, Writing That Celebrates.

Momaday will also join PLNU students and faculty for an afternoon forum to answer questions about his writing life and inspiration.

Navarre Scott Momaday received a Pulitzer Prize for his first novel, House Made of Dawn. His books include The Way to Rainy Mountain, In the Bear's House, In the Presence of the Sun: Stories and Poems, 1961-1991, and The Gourd Dancer. He is author of several other novels, prose collections, the children's book Circle of Wonder, and the play The Indolent Boys. He is also the editor of various anthologies and collections centered on his Kiowa heritage.

Momaday's honors include the 2019 Ambassador Richard C. Holbrooke Distinguished Achievement Award, awarded by the Dayton Literary Peace Prize Foundation to celebrate lifetime achievement in literature and to remind the world "that peace can be forged with words." He has also received the 2019 Ken Burns American Heritage Prize, the Golden Plate Award from the American Academy of Achievement, an Academy of American Poets Prize, an award from the National Institute of Arts and Letters, and the Premio Letterario Internationale "Mondello," Italy's highest literary award.

Get tickets to N. Scott Momaday

Trailer from Words From a Bear